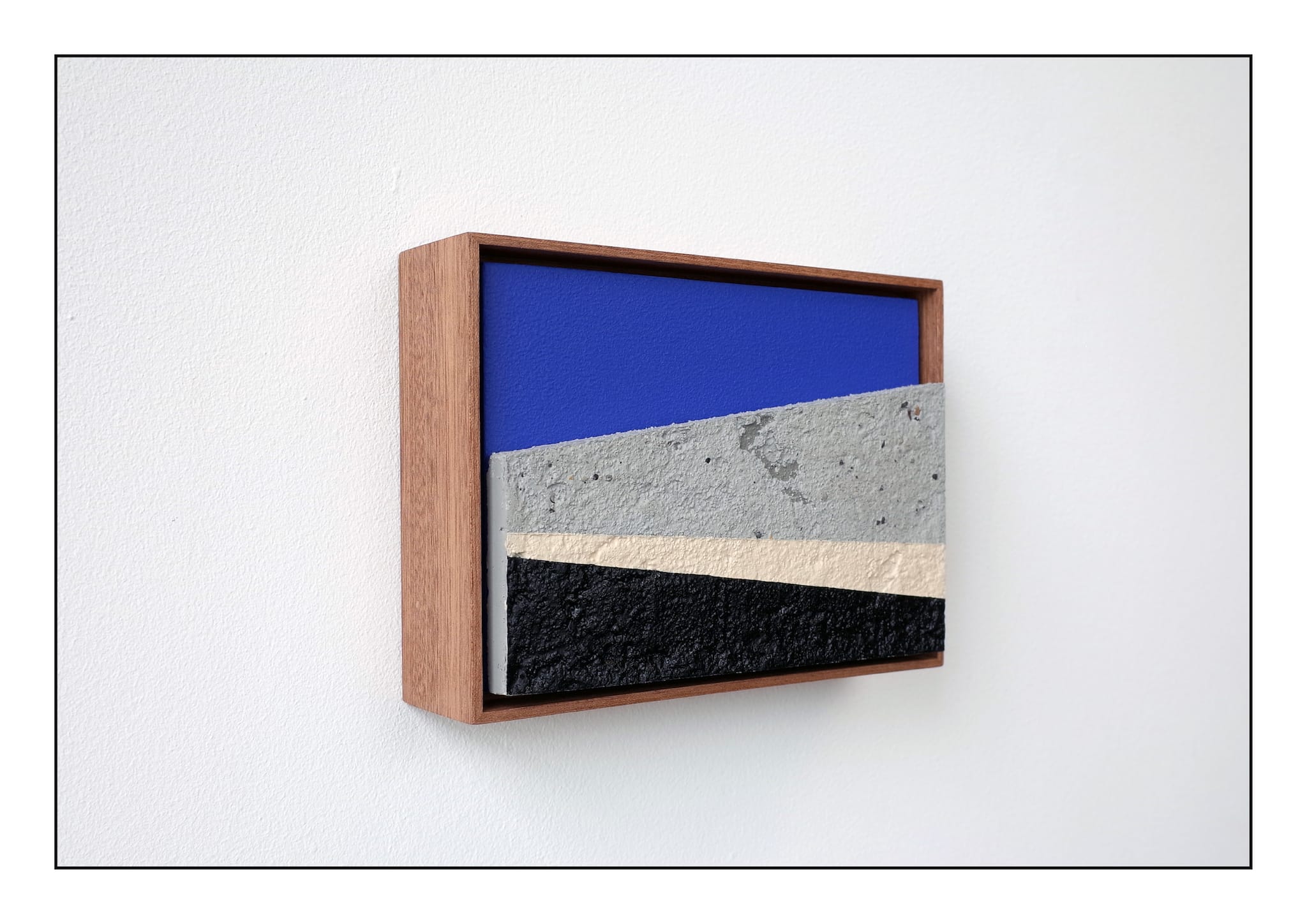 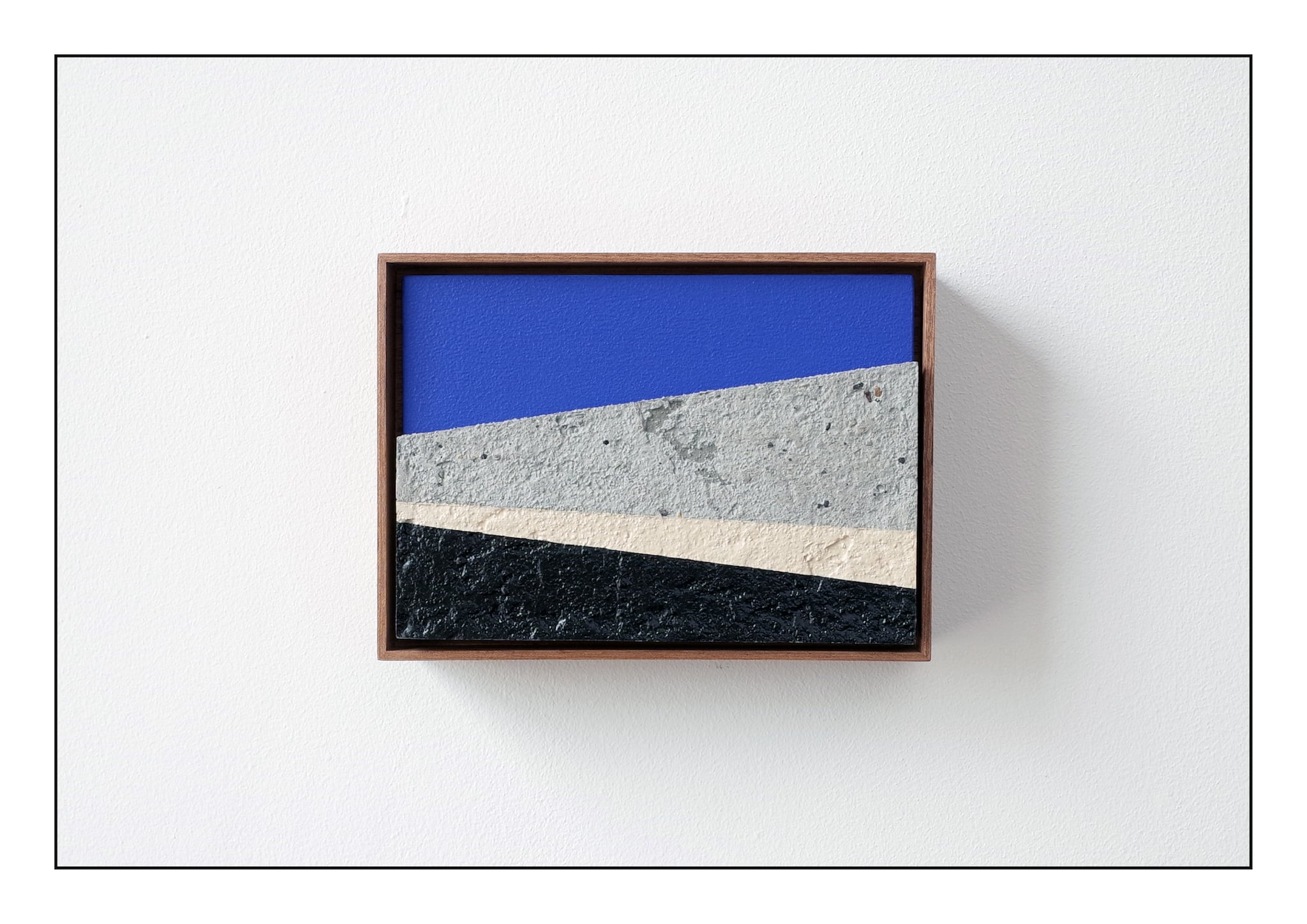 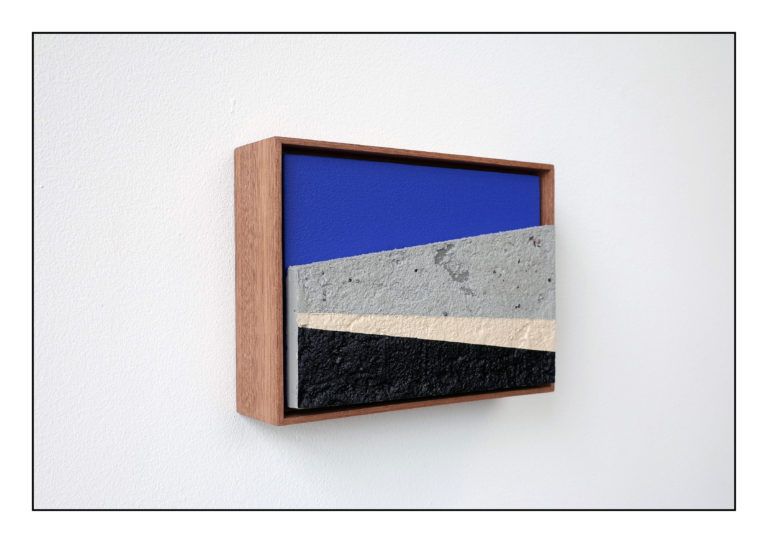 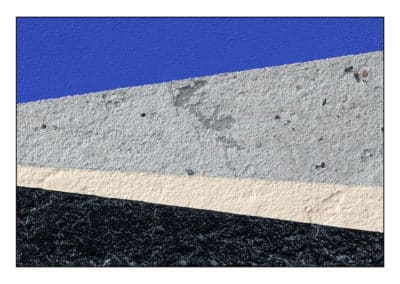 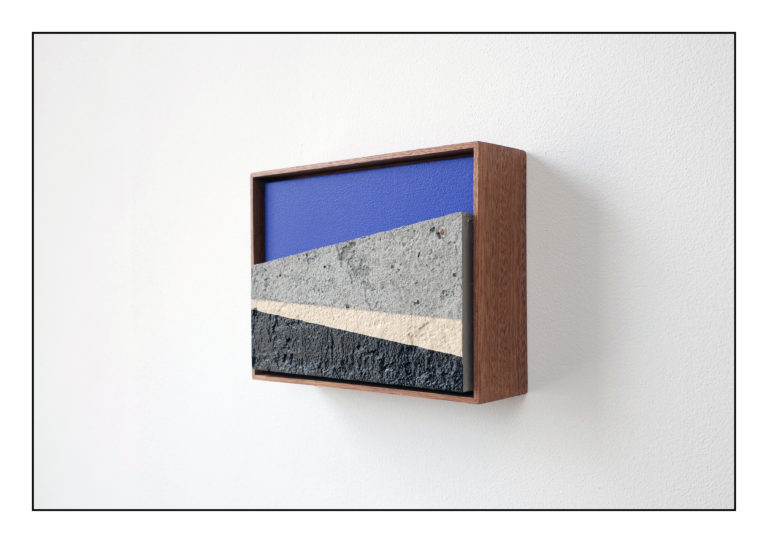 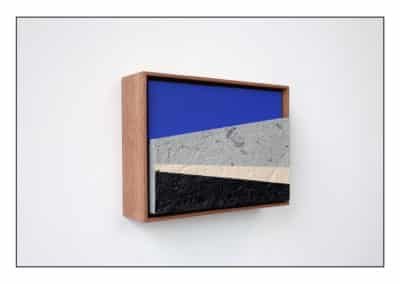 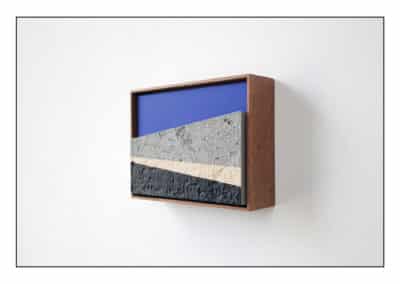 This painting is one of a series that builds landscapes out of the materials of the built environment, in this case the concrete used to make Thamesmead’s blue painted, futuristic walkways.

“The concrete walkways, a network of gradual slopes and flying bridges, created a space-age landscape removed from the historic worries of the marshland below. The whole effect, so startlingly powerful and artificial compared to the bleak, open landscape of the site beforehand, suggested the triumph of modernity over the forces of dereliction” (John Grindrod, The Town of Tomorrow, 50 Years of Thamesmead, p.16-17).

Thamesmead, the bleak, pristine setting for Stanley Kubrick’s A Clockwork Orange, has since fallen into disrepair. Demolition of parts of the estate began in 2018.

The Cameo series are A6 sized paintings that encapsulate ideas for larger paintings. The titles refer to the descriptions of the colours used from Le Corbusier’s Polychromie Architecturale.