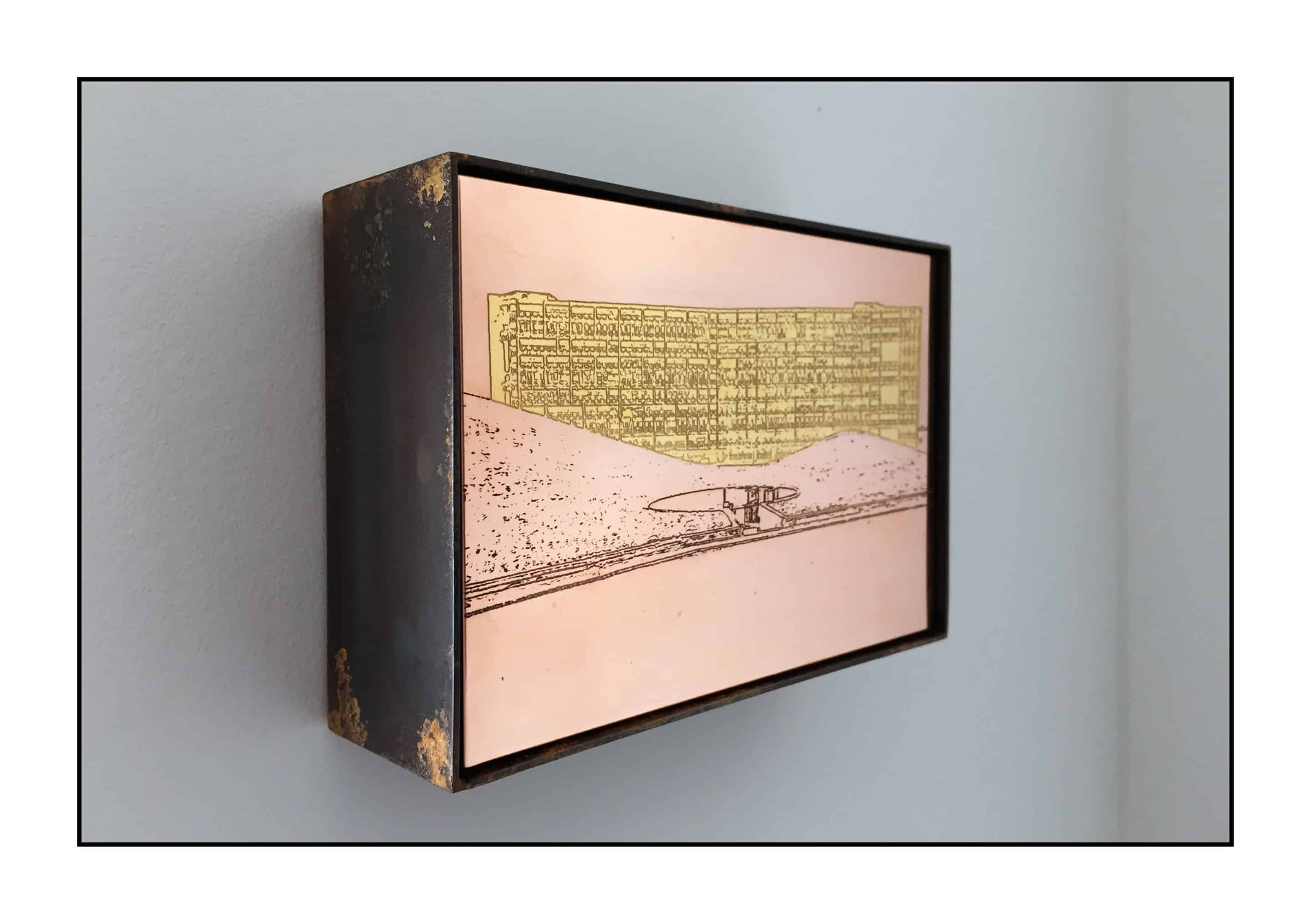 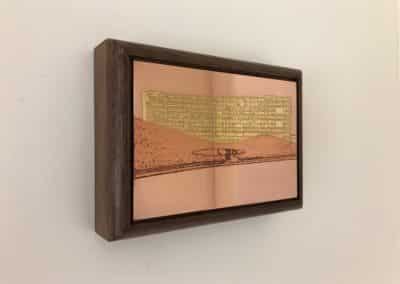 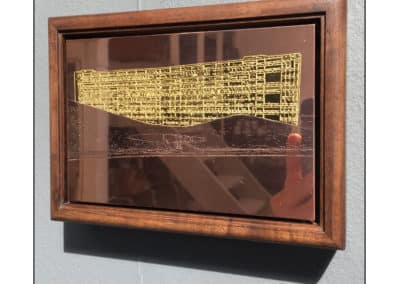 Charlie Warde’s prints, paintings, installations and videos interrogate utopian texts and ideologies through the post-war British town planning and social housing they have inspired. Typically an iconic modernist structure is represented in an idiom and materials that recall simultaneously the ideals underlying its foundation and the vicissitudes of its subsequent life. Robin Hood Gardens is a residential estate in Poplar, London, designed in the late 1960s by architects Alison and Peter Smithson and completed in 1972. The project was notable for its emphasis on community, the design was defined by the ‘street decks’ which were intended to replicate the terraced streets that the scheme replaced, and the blocks faced onto landscaped gardens for the enjoyment of residents. The estate was controversially demolished in 2017.

Warde’s postcard-sized copper plate is a souvenir of the doomed structure and a message to the future. The building has been plated in gold – an allusion to the ‘New Jerusalem’ of post-war socialist town-planning and a reference to Thomas More’s Utopia of 1516, in which gold is a non-precious material used to make everyday objects. Gold is also ageless and unblemishable, like the ideals that Robin Hood Gardens was meant to embody and the memories of it that the artist is trying to preserve. The copper plate resembles a memorial plaque or the nameplate of an architect’s office, signs of permanence and prestige, but with a built-in element of instability: the copper of the sky and immediate foreground has been sealed with crystalline polish but the landscaped grassy mounds have been left unprotected and will gradually oxidise and become patinated with age. As that natural process plays out differently with each plate, the character of the object will gradually evolve from an identical multiple to a unique piece.”

The V&A acquired edition 1 for it’s collection. It was subsequently made “Print Of The Month”.